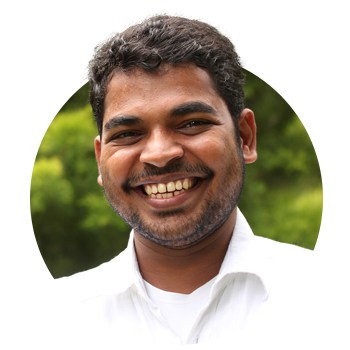 Learning new facts is a great way to understand finance, income and tax – plus you’ll amaze your friends on trivia night. If you’re curious about some fun facts about those notes and coins you carry about in your wallet, read on.

How Much Is $1 Actually Worth?

Do you ever wonder how much silver, nickel or gold is in your $1 coin? If all of the banks in the world crashed, do you wonder what metallic value you hold in your hand that you might be able to use? The dollar coin weighs exactly 9.00 grams and has a diameter of 25.00 mm and was designed by Stuart Devlin. The worth to make a $1 coin doesn’t come close to its monetary value. It doesn’t contain any gold and is instead made up of a mix of 92 precent copper, 6 precent aluminium and 2 precent nickel. Adding up the cost of metals found in the $1 coin and the rate of cost per kilo, the $1 coin is only worth about 5 cents but it makes economic sense to make the majority of coins much cheaper than the monetary value.

How Long Do Coins Stay In Circulation For?

Circulating coins are the coins that move through the population and are used to buy things with. Each coin stays in circulation for about 30 years before they become too worn and tarnished to be used. They’re usually melted down and recycled, but be warned, it’s illegal in Australia to melt down your own coins to disfigure circulating money. Un circulating coins do not get sent into the population to be used. They are often collected and are worth more than their monetary value.

The first polymer notes were introduced in Australia in 1998 with the $20 notes arriving in circulation in 1994. Banknotes have a remarkably shorter life span. A $5 and $10 note will last for about 5 years, while a $20 and $50 can be used for up to 2 decades. The higher the note is valued, the longer it remains in circulation. Lower denomination notes incur higher wear and tear. The lifespans of notes are cut short with staples holes, stains, holes or tears. Notes that are too weak or where the integrity of the ink is compromised and removed.

Australia is the first country in the world to have a complete system of banknotes made from polymer. The polymer notes provide much greater security against counterfeiting making the notes more durable and easily recyclable.

Australian had six colonies each with their own tax systems at the end of the nineteenth century. These were reliant on customs and excise duties. The design of these tax systems were driven by administrative concerns rather than principles of equity or efficiency. The states gave up the earliest customs and excise duties to secure interstate free trade and protection for Australian industry. Customs duties were designed to act as trade barriers between colonies. A significant result of Federation in 1901 was the removal of all duties on goods traded between Australian states. A Commissioner of Land Tax was appointed as a branch under the treasury and is now known as the Australian Taxation Office (ATO).

Data from the 2018-2019 financial year shows that the average salary for Australians who submitted tax returns was $63,085, up by $1634 from the year prior. Estimates for average weekly ordinary time earnings for full-time adults (seasonally adjusted):

READ: Help! How Do I Lodge My First Tax Return

The average Australian spends their money on rent and dwelling expenses, food, recreation, insurance and financial services, health and education. In the three minutes you spent reading this blog, Australian households spent $3,799,910.

Many people will say that having enough money to live on is important. While it’s true that money can’t buy happiness, the average person spends a huge chunk of their time earning it. A higher income can give us access to newer cars, homes in safer neighbourhoods, health care and better nutrition, fulfilling work and more leisure time. Having enough money can reduce your stress, allow you to spend more time with people you love and buy life experiences.

Whether you’re paying off your student loan, saving for a car or a deposit on a house, or paying off your mortgage, life doesn’t function without money. Planning to save and spend and having a budget can save you time and money in the long-run and help you reach your goals. ITP Accounting Professionals can help you maximise your tax return and also help you reach your financial goals in life. Phone 1800 367 487 and chat with a friendly professional today.