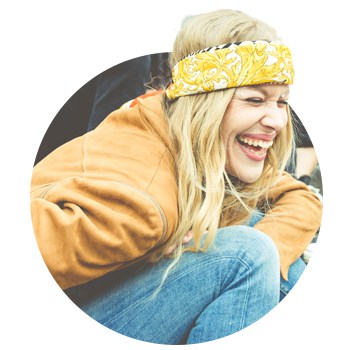 You might think that you shouldn’t have to pay income tax, or that tax is a construct of modern times, but tax is as old as time itself. Taxes go way back. Governments have been taxing the populace for thousands of years. You think some taxes you have to pay are unfair? Some of them are nothing compared to what has been imposed throughout history.

Take, for instance, the ancient Egyptians. A cooking oil that everyone used at the time was taxed. The pharaoh made the people buy it from his own supply and they were prohibited from using pre-used oil.

Going further back in history, the Mesopotamian’s (circa 2500BC), set a depiction of paying taxes on stone! At the time, people who didn’t have money were made to pay with livestock, food or labour.

The ancient Romans made an art form of tax. Have you heard of the term ‘pecunia non olet’, or ‘money doesn’t stink’. This latin saying began during the 1st century AD, when the Roman emperor Vespasian placed a tax on urine. The buyers of the urine paid the tax. The urine, which was taken from public urinals, was an essential ingredient used for tanning, and to clean and whiten woollen togas. When Vespasian’s son stated his abhorrence, the emperor held up a coin and told his son that money doesn’t stink. Just like taxes, the phrase has lasted through the centuries.

Ancient Rome didn’t stop at a urine tax. Taxes were imposed on slaves! Slaves could pay a fee after a certain number of years of service. By working at several places, some were able to earn money they would use to pay for their freedom. The Roman government required the slave to pay a tax on his or her freedom. If you feel as though you’re a slave to taxes, think of those poor people.

Moving forward in time to the Middle Ages in Europe, governments places a tax on soap, which lasted until 1835 in Great Britain. In the 1700’s, England kept with the idea of taxing everyday items and placed a tax on bricks. It didn’t take long for people to work around the tax, and they ended up by using bigger bricks to reduce the tax they had to pay. The brick tax was axed in 1850.

A tax on bricks in one thing, but it’s another to tax printed wallpaper – but that’s exactly what happened in 1712. Builders avoided paying the tax by hanging up plain wallpaper and then painting patterns directly in the wall. If you think that’s bad enough, in 1784 when a hat tax was brought in, people stopped calling them ‘hats’ and began calling them ‘headgear’, which led to a ‘headgear’ tax in 1804. By 1811 came, the tax was removed and people went back to wearing ‘hats’.

Salt was taxed in France. Called the ‘gabelle’ it was one of the leading factors of the French Revolution. The French weren’t the only people to tax salt. The British also placed a tax on salt, which gained worldwide attention when Ghandi staged a non-violent protest against it.

In 1705, the Russian Emperor Peter the Great placed a tax on beards as he liked the ‘new clean-shaven’ look that was common in Western Europe.

In 1885, Canada created a tax on Chinese immigrants coming into Canada called the ‘Chinese Head Tax’. This tax lasted until 1923, when another law was introduced banning Chinese people from entering Canada altogether.

CLICK TO BOOOK AN APPOINTMENT WITH AN ITP ACCOUNTING PROFESSIONAL

Ever wondered about some of the factors that instigated the Magna Carta? Blame taxed again. King Henry 1 allowed knights to pay their way out of their war duties by payment of a tax known as ‘scuage’. At first the tax wasn’t high, but by the time King John took the crown, he increased the tax by 300%. Through a tax, the absolute power of a king was brought into focus.

Tax avoidance is as old as taxes. A fireplace tax was as bad as many of the other taxes England brought in over the centuries. In 1660, the English instigated a tax on fireplaces, which led to people covering their fireplaces with bricks to conceal them and avoid paying tax. This was similar to the window tax which led to houses built with few windows. Eventually this became a health problem and the tax was repelled in 1850.

In Australia, we have free to air television. Not so the British who have a television tax. If you own a television in your home, you have to hold a license for each set. Colour televisions are taxed higher than black and white televisions. Failure to pay the fee will result in penalties. This money finances the BBC, and even if you’re blind, if you have a TV in your hose, you still have to pay the tax.

Pennsylvania is a state in the US who hasn’t yet removed a very lucrative tax that was imposed in 1936, when a flood devastated the damaged town. In a bid to rebuild, the state government brought in a tax on alcohol and by 1942 they had raised enough money to pay off the damage. The tax, however, remains and today brings in around $200 million per year.

Closer to home in Australia, at the start of the twentieth century, Australian levels of tax was measured as a proportion of its Gross Domestic Product (GDP) and was around 5%. By the beginning of the second world war in 1939, the tax rate went up to 11% and by the end of the second world war in 1945, it had risen to 22% and here it remains today.

Personal income tax makes up around 49% of tax revenue, with company and resources taxes around 20%. 7% of revenue comes from corporate income taxes and another 36% from payroll taxes that fund social security programs. The personal tax rates rose from 16% by the start of WW2 to 44% at the end. The increased tax rate paid for the war efforts, the window’s pension in 1942 and unemployment relief in 1944.

Unlike history, where taxes were used to fund the whims of kings and pharaoh’s, in Australia taxes are used to fund our health system, education, defence, our roads and railways and our social security. As annoying as taxes are, it’s pretty hard to stay angry when they’re used to better our society.

ITP Accountants have helped Australian individuals claim their tax refunds for 50 years. Speak to an ITP Professional who can help you work out all of your tax claims today.