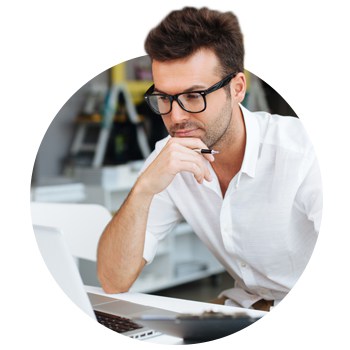 With fuel being a huge business cost, it makes sense to reduce your outgoings as much as possible. A way to do that is to claim a fuel tax credit. A credit can be claimed for the tax on fuel, such as excise or customers duty included in the price of fuel and is known as the Fuel Tax Credit (FTC).

Fuel used isn’t limited to vehicles. Fuel used in machinery, operating plant equipment, and both heavy and light vehicles. Credits claimed are based on when the business bought the fuel, the fuel used and the business activity the fuel is used for.

Pro Tax Tip: Fuel tax credits change on a regular basis. Check in regularly for the latest rates each time your lodge your BAS. Your business must be registered for GST to claim fuel tax credits.

The fuel tax credit rate is indexed twice a year in February and again in August. Rates are based on the upwards movement of the Consumer Price Index (CPI). Rate may also change in July for those heavy vehicles that use public roads.

Some exceptions apply on light vehicles of 4.5 tonnes gross vehicle mass (GVM) or less and those vehicles travelling on public roads.

Not all fuel is equal, and neither is the fuel tax credit. Eligibility criteria on liquid, gaseous and blended fuels apply.

Pro Tax Tip: When claiming blended fuels, the claimable rate will depend on the biodiesel or ethanol amounts.

The fuel tax credits can only be claimed when using fuel for certain activities. The credits can be claimed for use in heavy vehicles, including heavy emergency vehicles that travel on public roads providing they are used when carrying on a business and has a GVM greater than 4.5 tonnes.

The amount of credit that can be claimed for a vehicle depends on the type of roads the vehicle uses. Public and private roads have an off-road and on-road FTC rate. The off-road rate is equal to the amount of excise paid on fuel. The on-road rate is calculated by subtracting the Road User Charge (RUC) from the full rate of excise payable on the fuel.

All fuel tax rates are listed in cents per litre unless otherwise stated.

Pro Tax Tip: It’s best to be aware of the date for claiming because there are limits on time and amending your claims.

Calculating FTC can be complicated. It’s best to claim the right amount rather than amending. ITP Accounting Professionals understand the intricacies of claiming all types of tax credits and makes sure that nothing is forgotten. Chat with a friendly accounting professional and see how much we can help you save on your business expenses.